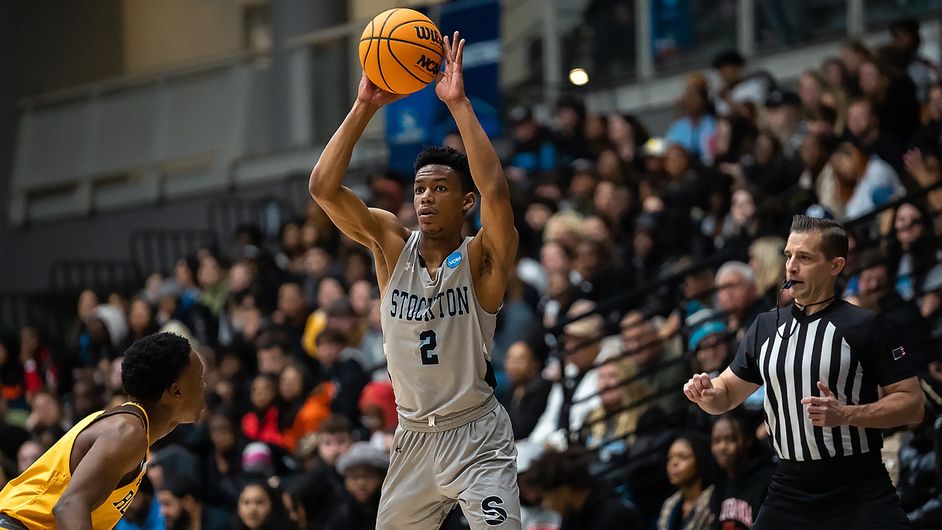 Flanders became the 32nd player in program history to reach 1,000 career points in the Ospreys’ 75-57 victory over Rutgers-Camden.

Flanders scored the milestone point on the first basket of the game. He finished the contest with eight points, five rebounds, two assists and two steals.

Stockton improved to 5-1 overall, 1-1 in the New Jersey Athletic Conference with the victory. The Ospreys are currently ranked 20th in the nation in Division III by d3hoops.com. The defending NJAC champions began the season ranked ninth.

Flanders, a 6-2 guard, is averaging 12.0 points and 4.7 rebounds. He leads the team with four blocked shots and is second in steals with 12.

Flanders was the NJAC Defensive Player of the Year last season and is a three-time all-NJAC selection, twice making the first team. He scored more than 2,000 career points as a high school player before graduating from Wildwood in 2018.