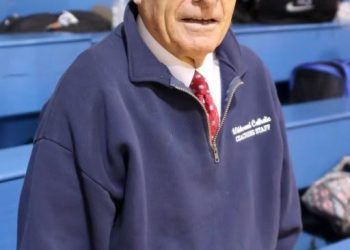 Wildwood Catholic Academy is dedicating its basketball court to its coaching legend, Fran St. John.  School officials announced Monday that the court will be dedicated to St. John during the school’s first home basketball game scheduled for December 19th.  He has a 60-year tenure with the school as a player, coach, and assistant coach.