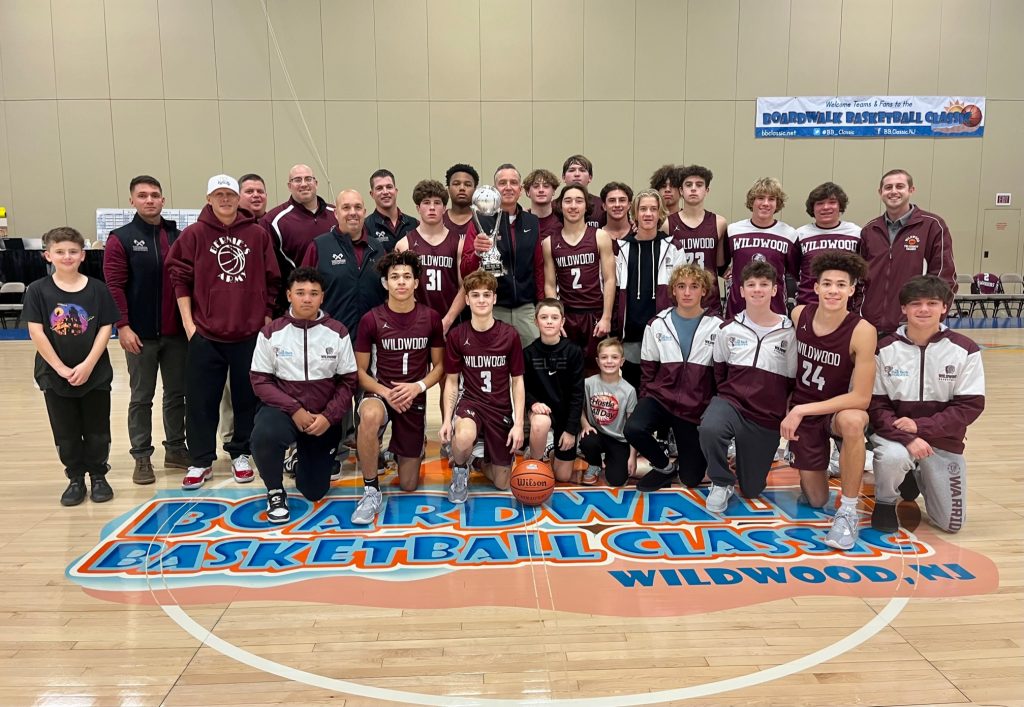 WILDWOOD – The Wildwood High School boys basketball team needed a dramatic comeback in regulation before winning its opening game at the Boardwalk Basketball Classic in overtime.

There was no such drama needed for the Warriors in the Bernie McCracken Memorial Bracket title game on Thursday.

Wildwood used tremendous defensive pressure to speed up MaST Charter (Pa.) and force numerous turnovers from the game’s outset and rolled to a comfortable 61-31 victory at the Wildwoods Convention Center.

Wildwood blitzed MaST by scoring 17 of the game’s first 19 points. MaST pulled to within nine at 18-9 early in the second quarter, but the Warriors finished the half on a 17-7 spurt to lead 35-16 at the break.

Job done for Wildwood, which didn’t allow MaST any closer than the halftime margin of 19 points in the second half.

Wildwood improved to 5-0 with the victory. The Warriors complete their appearance at the Boardwalk Classic Saturday with a showcase game against Tacony Charter (Pa.).