VIDEO, PHOTOS: WCA survives in OT at Boardwalk Classic to get first win 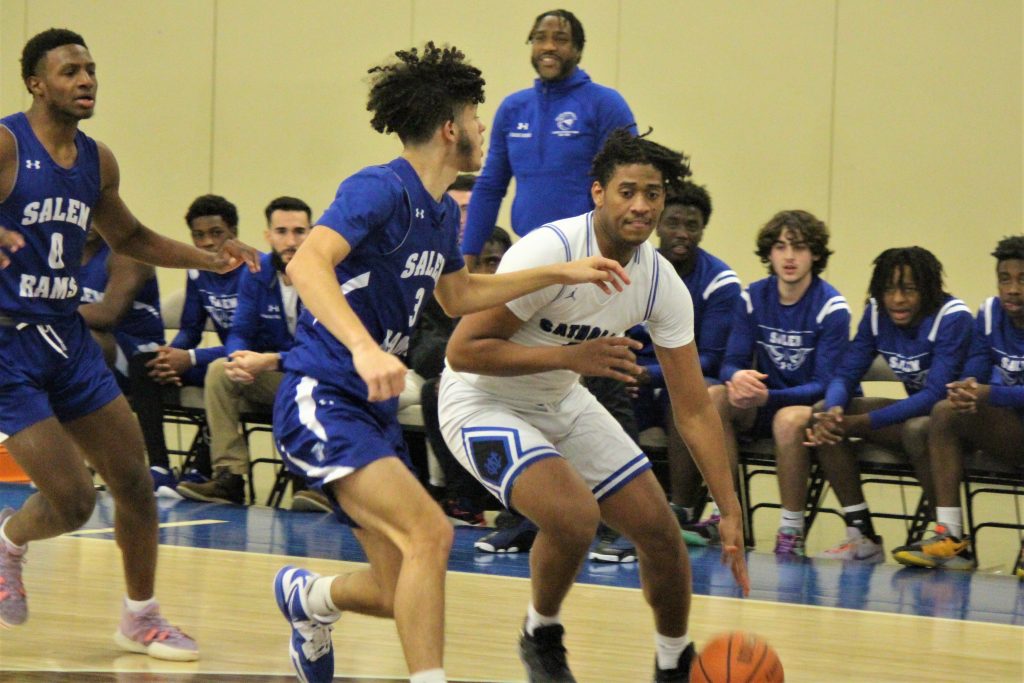 WILDWOOD – If Friday’s Boardwalk Basketball Classic contest were a few tenths of a second longer, the Wildwood Catholic Academy boys basketball team would have suffered a defeat of devastating proportions.

Instead, a Salem putback attempt was correctly judged by the officials to have come after the buzzer, and the Crusaders held on for a 58-57 overtime victory.

The win snapped a four-game losing streak to start the season for Wildwood Catholic. Two of the losses came in overtime and the other two games were decided in the final two minutes.

“I had a pit in my stomach the whole fourth quarter and overtime,” first-year Wildwood Catholic coach Will Wareham said. “We all knew how important it was to get this win after the way we started. And that’s me included. Mentally you start questioning what you’re doing when things don’t go your way. So, obviously, we really needed this.”

Wildwood Catholic led by as many as 14 points in the second quarter and by eight points early in the fourth but Salem wouldn’t go away. The Rams sent the game to overtime on a three-pointer by Jahki Loops with 12 seconds remaining.

Wildwood Catholic trailed early in overtime, until Justin Harper – playing on a bum knee after being flagrantly fouled from behind on the first play of overtime (the Salem player involved was ejected) – grabbed an offensive rebound to tie the game.

Azmir Kates later had a big three-pointer with less than 30 seconds remaining to give the Crusaders the lead, but Salem eventually tied the game again on two free throws by Loops. Jah Walker then made a free throw with six seconds to go put the Crusaders in front, before Salem missed a 10-foot bank shot and the putback was ruled to have come after the buzzer.

Harper, a senior forward, led all scorers with 26 points, to go with 10 rebounds. He had 13 of his points in the fourth quarter and overtime. He’s proven to be one of the area’s best players through the first week of the season, averaging 22 points per game through five games.

“I try to make it a point to never single a kid out accolade-wise when I talk to the kids but he’s been special so far,” Wareham said. “He only played four games his sophomore year and 11 games last year. He knows his high school career is limited, so he’s bringing 100 percent max effort every day. He’s that guy for us.”

Justin Harper scored 26 points and grabbed 10 rebounds for Wildwood Catholic in its overtime victory over Salem.

Wildwood Catholic’s Jah Walker, who made the go-ahead free throw with six seconds to go in overtime, looks to pass vs. Salem.

Wildwood Catholic’s Tayshaun Jackson grabs a loose ball in the first half against Salem at the Boardwalk Basketball Classic.