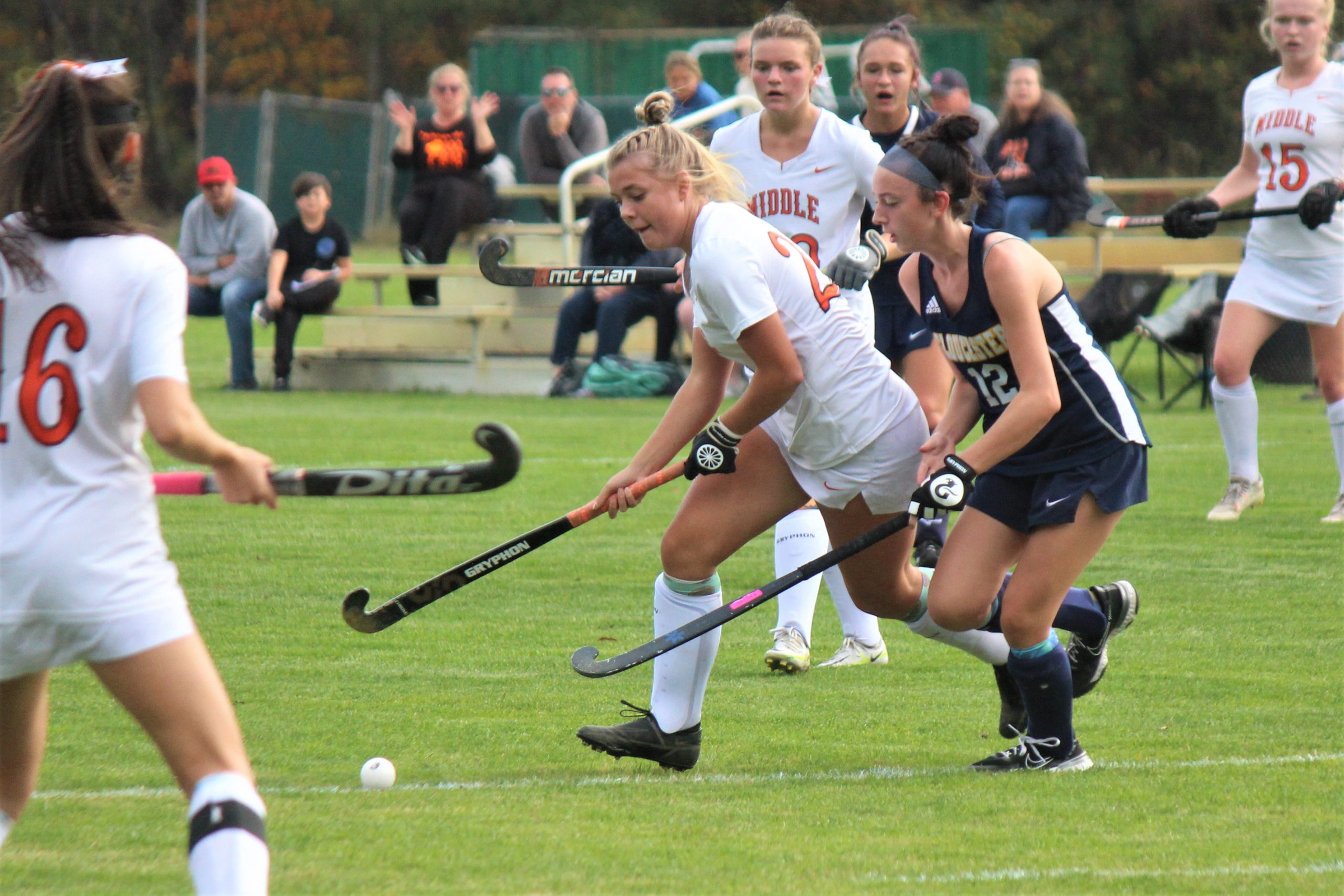 The eye test would contradict that assumption.

Yes, fifth-seeded Middle was knocked out of the tournament and had its season ended with a 3-0 loss to No. 12 Gloucester. But the Lady Panthers controlled play for long stretches of the game, only to not generate enough good chances at goal.

“I feel like we definitely had opportunities to score but it just didn’t seem to go our way,” Middle coach Janina Perna said. “I felt like we had just as many opportunities as they did but we couldn’t get it in the net.”

Gloucester opened the scoring midway through the first period before scoring again less than two minutes before halftime. The Lions then added a third with nine minutes to go in the game, rendering it virtually impossible for Middle to mount a comeback.

Middle’s best chance came with about five minutes remaining but Abbie Teefy’s shot from the middle of the shooting circle rang off the right post.

The elimination of two of the sections in the field hockey state tournament has placed more talented teams into each section.

“We knew Gloucester was a very good 12 seed,” Perna said. “When they got rid of the Central Jersey bracket, it made all the groups so much stronger. Gloucester used to be in Group II and they were always one of the better teams in Group II so now that they’re in Group I we knew this was going to be a very challenging first-round game.

“I think we actually played great. I think this was a great game to watch. It’s one of the better games we’ve played this season, so I’m happy with that.”

Middle finished with a 10-9-2 record, ending over .500 against a very difficult schedule. The Lady Panthers faced many top programs in non-conference games this fall. The program made a big jump from the 2021 season, when it went just 3-14-2.

“It was a great season,” Perna said. “I’m really proud of the results we got against some of the better teams.”

“We have a very young team,” Perna said. “We definitely saw improvement from last season and next season I think we can be even better. Overall, I’m happy with our season. I think the girls did well.”