VIDEO: Middle off to solid start despite injuries 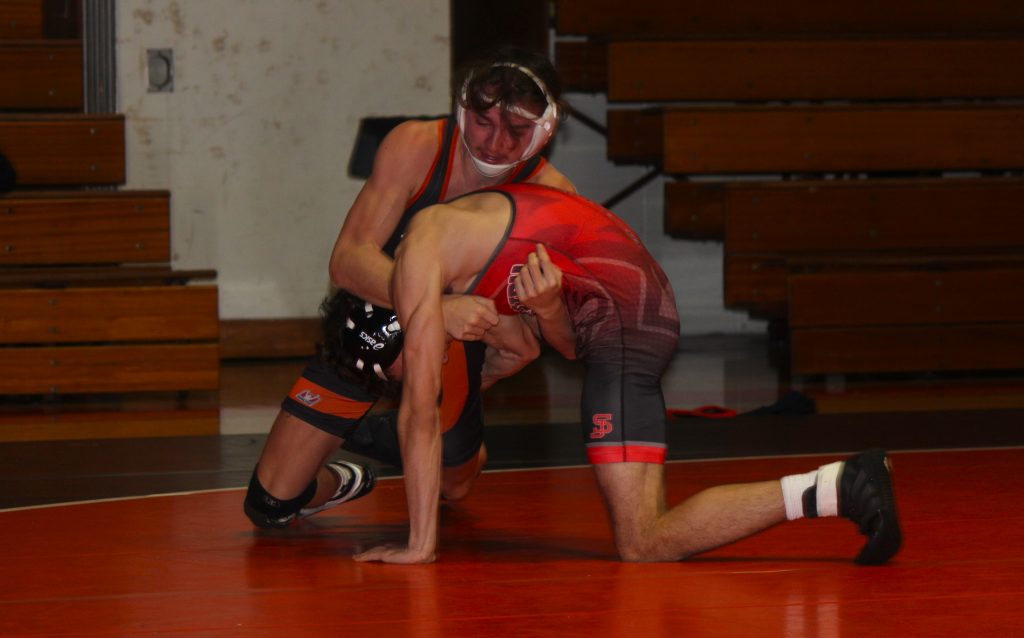 CAPE MAY COURT HOUSE – The Middle Township High School wrestling team knew it would win the team competition before Wednesday’s match against St. Joseph’s even started, since the Wildcats only had five wrestlers available to compete.

That didn’t stop the Panthers from continuing their solid start to the season in the matches that were actually held.

LaBoy and Adelizzi are off to excellent starts for Middle.

Laboy is unbeaten through eight matches and has won a pair of tournaments at Hammonton and Palmyra at 150 pounds. Adelizzi is 7-1 and won the 175-pounds weight class at Palmyra. His lone loss came to a 2022 state qualifier in the championship bout at the Hammonton tournament.

“We definitely have some kids doing well so far,” Wolf said.

Middle won its other dual meet over Vineland and takes a record of 2-0 into a quad at Hightstown this Saturday that also includes Manalapan and Princeton.

“We’ve only had two team matches and we had a tournament canceled because of the weather, so we expected to be a little further along with our young kids,” Wolf said. “I had hoped we could have gotten them some more matches before this tough quad on Saturday. But the kids are coming along. If they keep working hard we could be there at the end of the year.”

Middle has been wrestling at less than 100 percent. Projected productive starters Kani Perry, Sam Keppel and Brian Juzaitis have been out with injuries.

“I’m still a little curious about where we are because we have guys missing out of the lineup,” Wolf said. “Once we get everyone back and into the right spots, we have the potential to be good. When those kids are back, our lineup has a chance to look very good. But we still have a long way to go.”

Middle Township’s X’zavier Swinton works his way toward a win by fall at 144 pounds against St. Joseph Wednesday.