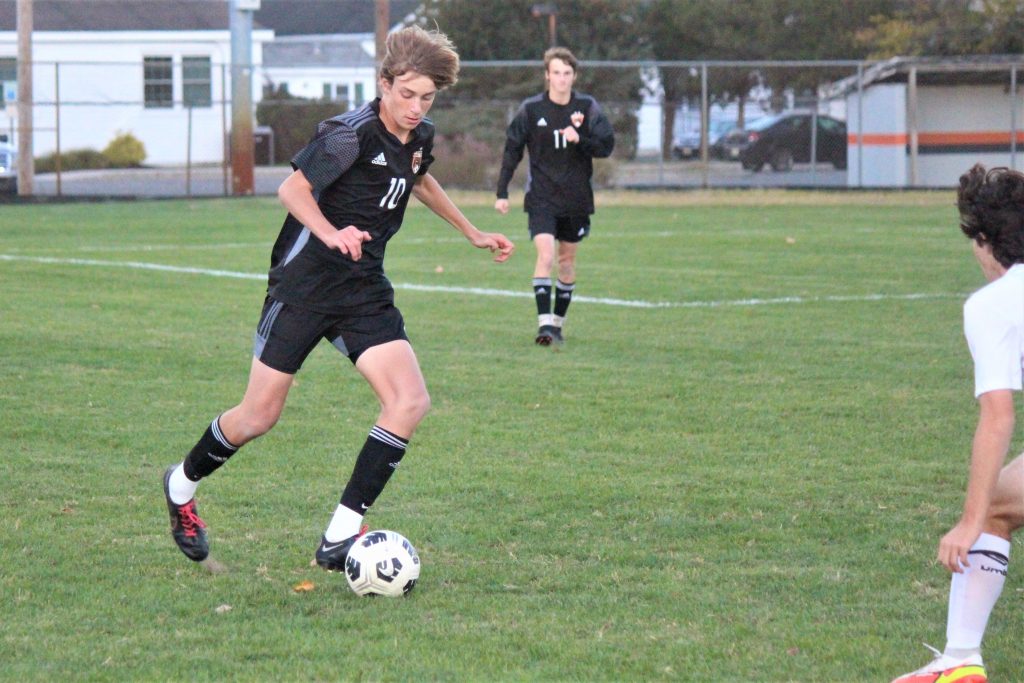 CAPE MAY COURT HOUSE – Talk about a punch in the gut.

For the third straight game, the Panthers played well enough to deserve a victory.

But for the third straight game, they lost in extra time.

Hammonton came back from a 1-0 deficit by scoring with 14 minutes to go before adding the winner in the first period of extra time to beat Middle, 2-1, in a Cape-Atlantic League playoff tournament semifinal Thursday played under the lights at the Boyd Street Field.

Gavin West – the son of Middle Township High School principal George West – scored the winner by running past the Panther defense to collect a long ball played into the penalty area before punching it inside the right post.

“It’s tough and I feel terrible for the kids,” Middle coach Scott Kurkowski said. “Every one of these games could’ve gone either way. I think we’ve played better than every team we’ve lost to. The effort is there. We’re just not getting the luck, I guess.”

Middle opened the scoring midway through the fast half when Landon Osmunden hammered Matt Sgrignioli’s corner kick into goal.

Middle appeared to have another goal off a corner kick midway through the second half, but Chase McCray was judged to have fouled a Hammonton player while rising for a header he perfectly placed inside the left post.

Hammonton equalized with 14 minutes remaining on a corner kick of its own when Marco Schiano ran unmarked toward the back post and easily headed a corner kick by Caden Humphries into the net.

The goal came after a long period of sustained Hammonton possession as Middle fought dearly but ultimately failed to hold onto its lead.

“I think in the second half we got a little jittery and a little nervous and we were just trying to save the 1-0 score and get the result,” Kurkowski said. “But there was too much time left to do that. Hammonton is a good team. They play very, very hard and they have three forwards who are very, very skilled and they made us pay.”

That set the stage for extra time, in which West stunned the home crowd and sent the Blue Devils home as winners.

Middle, which had won its first 14 games, fell to 14-3. The two previous losses came in extra time to Cherry Hill West in the first round of the South Jersey Coaches Cup and to Pt. Pleasant Beach in an added non-league game earlier this week.

Those three narrow defeats have come to teams with a combined record of 31-10-8.

“The goal is that playing these games against really good teams is going to pay dividends moving forward into the state playoffs,” Kurkowski said. “I thought we played well enough to win all three of these games. I feel terrible for our kids but they’re resilient and they’ll be back.”