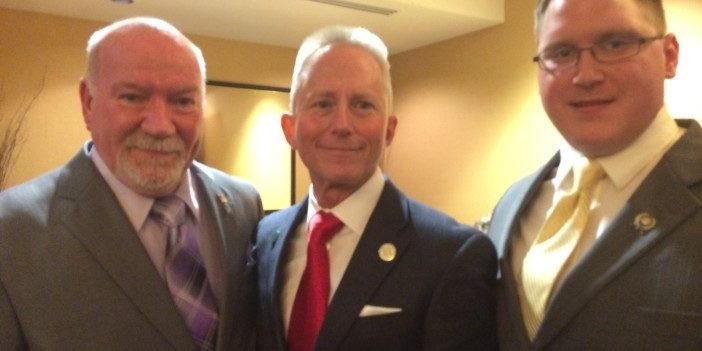 The Democrat ticket in this year’s Assembly race will include two veteran’s who are both decorated soldiers. Former Sgt. Bruce Land joins Assemblyman Sgt. Bob Andrzecjzak on this year’s ticket. Land is a retired Captain for the NJ Department of Corrections. He served as sergeant in Vietnam and was the recipient of two Bronze Stars, one with Valor, and the Soldier’s Medal. Assemblyman Andrzejczak served two tours for the United States Army in Iraq and attained the rank of Sergeant.He has served in the Assembly for two years as Chairman of the Agriculture and Natural Resources Committee and a member of the Military and Veterans Affairs Committee; he has also sponsored a high percentage of bills that have made their way through the Assembly. The two of them have three bronze stars, one purple heart, and one soldier’s medal between them. The two will run with Senator Jeff Van Drew as the team leader, but he does not appear on the ticket for this year’s election.

TESTA RIPS INTO MURPHY OVER INDOOR MASK MANDATE
May 17, 2021

GASOLINE PRICES CONTINUE TO RISE BEFORE MEMORIAL DAY WEEKEND
May 17, 2021
Go to Top