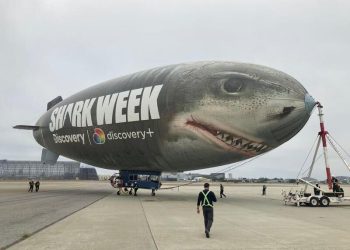 Perhaps the most fantastic thing you will see all summer will be the Discovery Channel’s Shark Week blimp.  The television channel announced the blimp that resembles a shark will fly along beaches including Cape May, Ocean City, and Atlantic City on Friday, July 8th.  The shark, or blimp, can travel 250 miles per day.