Pierson will not seek another Cape Commissioner term 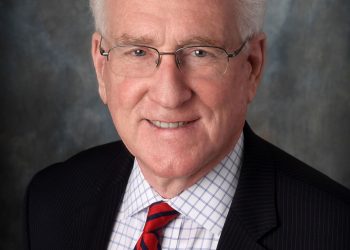 Jeff Pierson will not seek another term on the Cape May County Board of Commissioners. Pierson was appointed to fill the vacant seat of then Freeholder Kristine Gabor on October 25, 2016. Citing health concerns in 2021 and the desire to take time for himself, Pierson announced he will not seek another term after his current term ends on December 31 2023. Pierson served in the United States Army and New Jersey Army National Guard for 42 years retiring as a Brigadier General and also served six years as Undersheriff in the Cape May County Sheriff’s Office; and several positions within the New Jersey Department of Military and Veterans Affairs. Prior to becoming Commissioner, he served as an Upper Township Committeeman in 2015 and 2016 overseeing Public Safety, the EMS Division, Court Systems, Animal Control and participated on numerous committees and organizations within Upper Township. He also was the Veterans Interment Officer for the Cape May County Veterans Bureau. Pierson will turn 80 in June and was recently married to wife Sandra.

The post Pierson will not seek another Cape Commissioner term appeared first on Regional Media News.