No Injuries Resulting From Fire on New Jersey Avenue in Wildwood 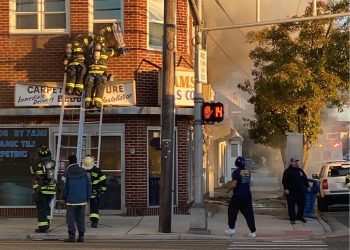 No injuries resulted from a fire Friday near the location of Fams P and S in Wildwood.  Wildwood fire officials announced on social media that an occupant of the second floor was removed safely by fire officials.  There was a rapid knockdown of the fire; no cause has been announced.

The post No Injuries Resulting From Fire on New Jersey Avenue in Wildwood appeared first on Regional Media News.