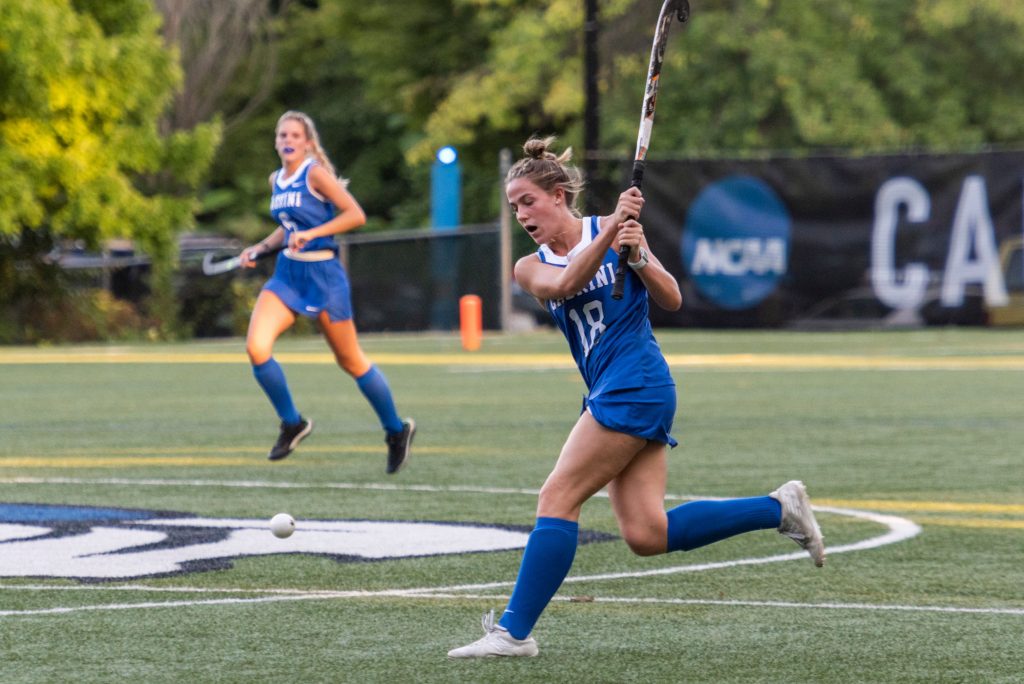 Middle Township High School graduate Caroline Gallagher of the Cabrini University field hockey team has been named the AEC Player of the Year for the second straight season.

The junior midfielder from Cabrini University (Pa.) has been named the Atlantic East Conference Player of the Year for the second straight season after helping the Cavaliers to their second straight conference championship.

Gallagher topped the Atlantic East in goals with 24, assists with 12 and points with 60, leading Cabrini to a 14-5 overall record during the 2022 season.

Gallagher had a hand in all of the goals in the AEC title game last weekend, posting two goals and an assist in Cabrini’s 3-0 win over St. Mary’s College (Md.).

Cabrini lost in the first round of the NCAA Division III Tournament on Wednesday, falling 3-1 to Christopher Newport. Gallagher scored Cabrini’s lone goal in the first half.

Gallagher is the first player to earn AEC field hockey Player of the Year awards in back-to-back seasons.

Gallagher is a 2020 graduate of Middle Township. She posted 64 goals and 39 assists during her high school career. As a senior, Gallagher recorded 22 goals and 18 assists.

Gallagher is also a lacrosse standout at Cabrini. She scored 13 goals and posted one assist while starting all 20 of the team’s games last spring, earning first team all-AEC status. One of her goals was scored in Cabrini’s 19-6 win over Marymount in the AEC title game.