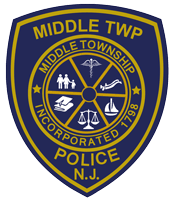 26 year old Abdul Blackmon of Whitesboro has been charged with sexual assault and manufacturing child pornography.  The Cape May County Prosecutor’s Office announced the arrest, and Blackmon is being held in the County Jail.  Blackmon was investigated by local police, and his charges are all first, second, or third degree crimes.

Report: Will Trump Consider Van Drew as Running Mate in Next Election?
August 11, 2022