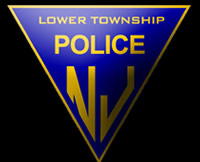 Lower Township Police are investigating a rash of car burglaries that occurred over the weekend in North Cape May. Township Police tell us that cars were burglarized while parked on Leaming, Wayne, and Caspian avenues. There were also other car burglaries reported in the Villas. Police remind the public to lock up their vehicles when parked and not in use. No suspects are in custody.

North Wildwood gets go-ahead to proceed in lawsuit vs NJDEP
February 1, 2023