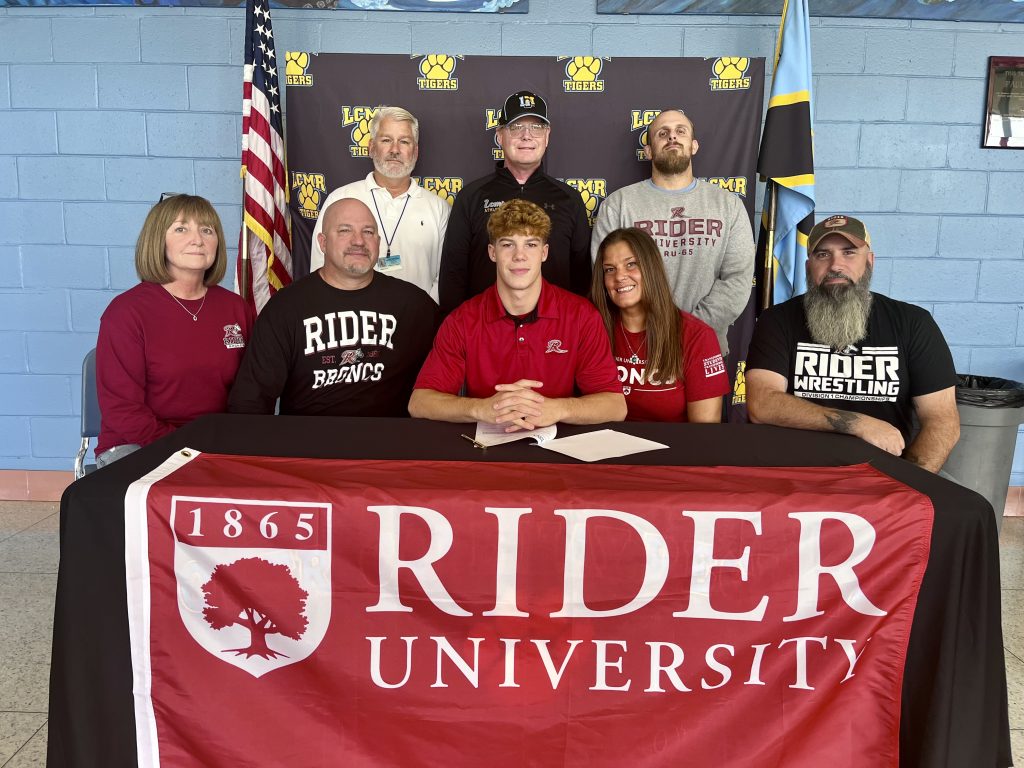 Brock Zurawski has made his college choice official.

The standout senior from Lower Cape May Regional High School has signed a National Letter of Intent to wrestle at Division I Rider University.

“It’s relieving,” Zurawski said. “I’m really excited to take the next step and further my career, both academically and in wrestling.”

Zurawski, who attended St. Augustine Prep as a freshman and sophomore before transferring to Lower Cape May prior to his junior year, produced one of the best seasons in Caper Tiger history last winter. He won the District 32 and Region 8 championships at 165 pounds, before winning three matches and finishing as a medal winner in eighth place at the state championships in Atlantic City. All told, Zurawksi finished the season at 38-5.

Zurawski verbally committed to Rider in mid February, just prior to the individual postseason.

In addition to his stellar postseason for his high school team, Zurawski has also shined in wrestling outside of Lower Cape May. He placed fourth at 182 pounds at the prestigious Super 32 Challenge in North Carolina in mid October, beating four state champions along the way. Earlier in the month, Zurawski went 8-0 at the same weight class at the Tyrant Columbus Day Duals in Lancaster, Pa.

Zurawski said he plans to wrestle at 190 pounds for the Caper Tigers this winter. He’s currently ranked eighth in the country in his weight class by Flowrestling and Win Magazine.

Rider, a member of the Mid-American Conference for wrestling, annually competes against a difficult schedule. This winter, for example, the Broncs will have non-conference matches against Big 10 powerhouses Penn State, Rutgers and Purdue.

Zurawski said he plans on studying criminal justice and law enforcement at Rider. He is receiving a significant scholarship to the university.

“Rider just felt like home,” he said. “I have friends I’ve grown up with who are already there. All the coaches are great. I really connected with them, as well as everyone on the team.”

With his college decision official, Zurawski is now focused on performing at a high level during his final high school season.

“It feels really good to have my college choice settled,” he said. “Now, when the time comes, I can just let it fly. There’s no pressure on me because everything with college is done. Now my goal is just to win a state championship.”