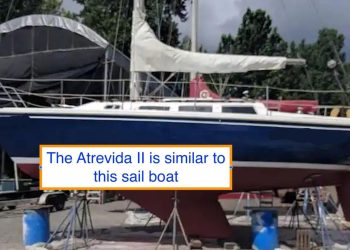 The United States Coast Guard is searching for a sailboat that left Cape May and is now presumed missing.  The Coast Guard says two occupants are on the boat, 64 year old Kevin Hyde and 76 year old Joe DiTommasso.  The boat is called the “Atrevida II”; a photo of a boat like this vessel has been released by the Coast Guard.