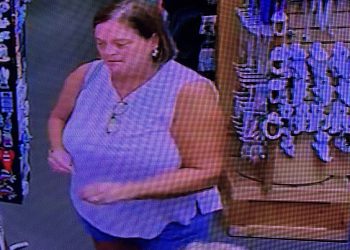 Cape May City Police have release surveillance photos of two women accused of shoplifting at a retail store.  Police say the two women may be connected to a shoplifting incident at the Great White Shark.  If you have details about the crime, you are asked to contact city police.