Cape May Police Release Photo of Man Wanted in Theft 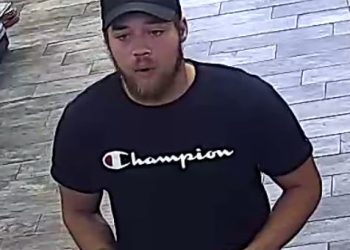 Cape May Police have released a surveillance photo of a man wanted for theft.  Police did not disclosure the nature of the theft or when it occurred on their social media page.  Anyone who has information about the male in the photo is asked to contact Cape May City Police.