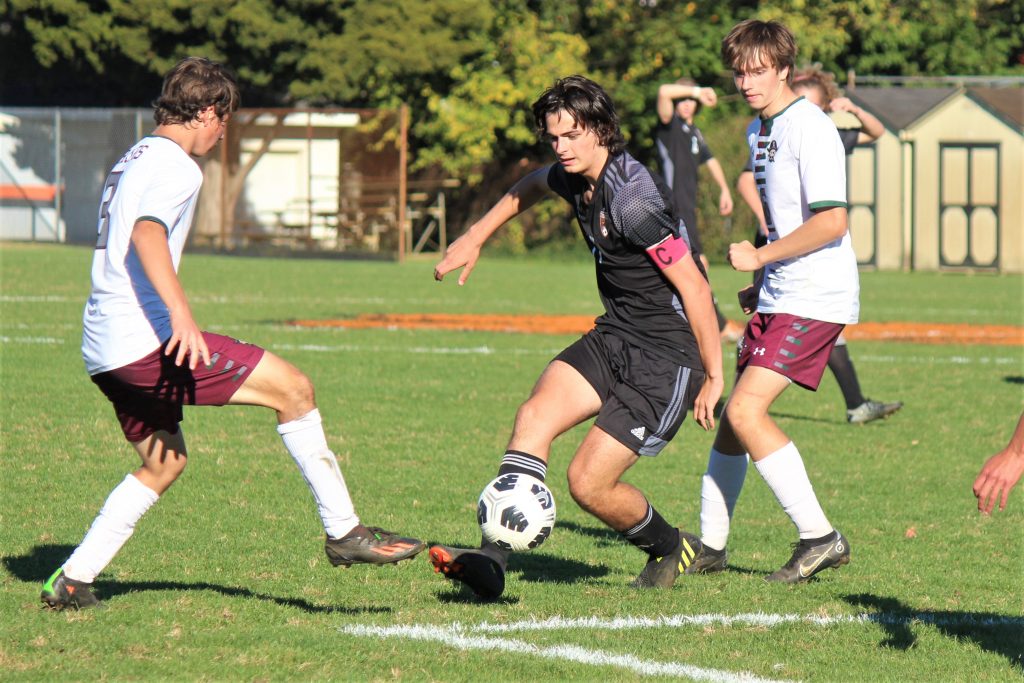 Below is the Cape May County boys soccer all-star team for 2022. Selections were made by a panel of coaches and CoastSportsToday.com staff.

PLAYER OF THE YEAR

One of the most dangerous offensive players in the Cape-Atlantic League, Berrodin posted 24 goals for the second straight season and also added eight assists. A four-year starter and three-year captain, he was the heart and soul of a program that at one point was ranked No. 1 in South Jersey in one media poll. Possesses  the kind of technical ability, strength and finishing touch that gives defenders fits. Is drawing interest from numerous college programs. Was a first team selection last fall.

A natural defender, Azile played mostly at striker this fall due to injuries and produced 16 goals and five assists for Lower Cape May this fall. A two-time Cape Express/CoastSportsToday.com all-star, Azile was a starter at outside back for the U17 national boys soccer team for Dominica at the CONCACAF U17 championships qualifying tournament late in the summer, qualifying for the tiny Caribbean nation through his parents.

Tall, athletic and fearlessly aggressive, Boehm was the backbone of an inexperienced defense and made approximately 250 saves this fall. Helped keep his teammates organized through his strong communication skills.

Campbell was the anchor of a defense that helped lead Middle Township to a 14-game winning streak to start the season. Adept with both feet, physical and strong on balls in the air. Was sorely missed after sitting out the final four games of the season due to injury.

Central midfielder who is exceptionally responsible defensively, Casterline often served as the engine that powered his team in most games through his distribution, tackles and ability to work in tight spaces.

A consistent scoring threat and playmaker, Leap led the Raiders both goals with 13 and assists with eight this fall while playing the striker position. Recorded at least a goal or an assist in 12 of Ocean City’s 17 games this season. Took on an increased leadership role as the season progressed.

A field general and pace setter, Lindsay is considered by some to be the Cape-Atlantic League’s best midfielder. Involved directly or through the buildup of nearly every Raider goal this fall. A team captain who posted five goals and eight assists.

Often deployed along the left wing, Osmundsen is a considerable threat due to his pace and ball skills. Finished the season with nine goals and three assists.

A Cape Express/CoastSportsToday.com all-star for the second straight year, Sgrignioli is one of the Cape-Atlantic League’s best offensive-minded outside backs. Produced three goals and 12 assists while also often battling against the top forward from opposing teams.

Originally a solid defensive midfielder, Shoffler exhibited his versatility by making a quick transition to center back for Lower Cape May due to injuries. Good all-around athlete. Provided some offensive punch with four goals and an assist.

A tremendous two-year captain, leader and communicator, Tjoumakaris is one of the top center backs in South Jersey. Anchored a defense that recorded nine shutouts this fall. Technically skilled and savvy.

A Cape Express/CoastSportsToday.com all-star for the second straight year, Turner is a four-year starter with a high soccer IQ and great decision-making ability. Primarily a center back, Turner moved to midfield late in the season and finished with seven goals and six assists.