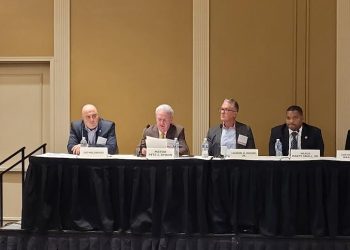 Wildwood Mayor Pete Byron went to Atlantic City to discuss some positive economic development projects in his city. Byron appeared at a Southern New Jersey Economic Development conference in the city and talked about the city’s plans to do a massive redevelopment of Pacific Avenue in the resort.  Wildwood has received $60 million in investment money to improve the city.