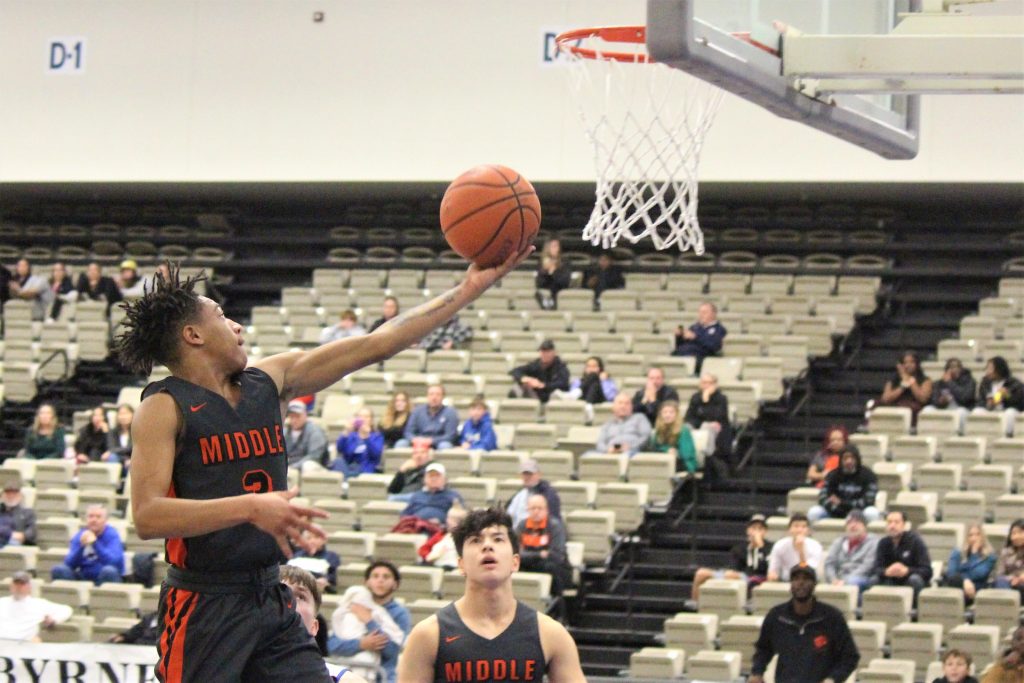 Middle Township’s Jermaine “Bubba” McNeil goes to the basket for two points in the first half against South Lakes (Va.).

One featured an extraordinary play at the end of regulation, while the other exhibited 32 minutes of domination.

Middle Township’s Re’Ale Basquine’s putback of a missed free throw with one second to play forced overtime, before the Panthers dominated the extra session and came away with a 58-48 win over South Lakes (Va.).

Meanwhile, Lower Cape May ran out to a 14-2 lead in its game and never looked back, breezing to a 65-29 over Tacony Charter (Pa.).

Middle Township trailed South Lakes, 45-42, when Anthony Trombetta was fouled with 1.2 seconds remaining. Trombetta sank the first foul shot, before missing the second on purpose. Basquine, who scored all 11 of his points in the second half, rebounded the miss and scored with 0.4 remaining to send the game to overtime.

Middle controlled the extra period almost from the start. Ahead by four, Middle’s Jamir McNeil recorded a steal and finished the play with a thunderous two-hand dunk and, after another defensive stop, Basquine extended the lead to eight points by scoring while being fouled.