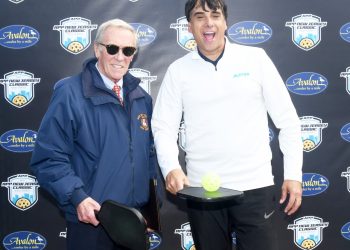 Chicago, Dallas, Atlanta..and Avalon.  Avalon has been selected to be an official tour stop by the Association of Pickleball Professionals, which will hold a five-day tournament in the community the week after Labor Day, 2023.  Similar tour stops generate over 1,000 overnight hotel stays and $1 million in economic benefit.  Avalon has a bank of ten pickleball courts which will double before next September.  A press conference was held and attended by Jeffrey Vassar, Director, State Division of Travel and Tourism.