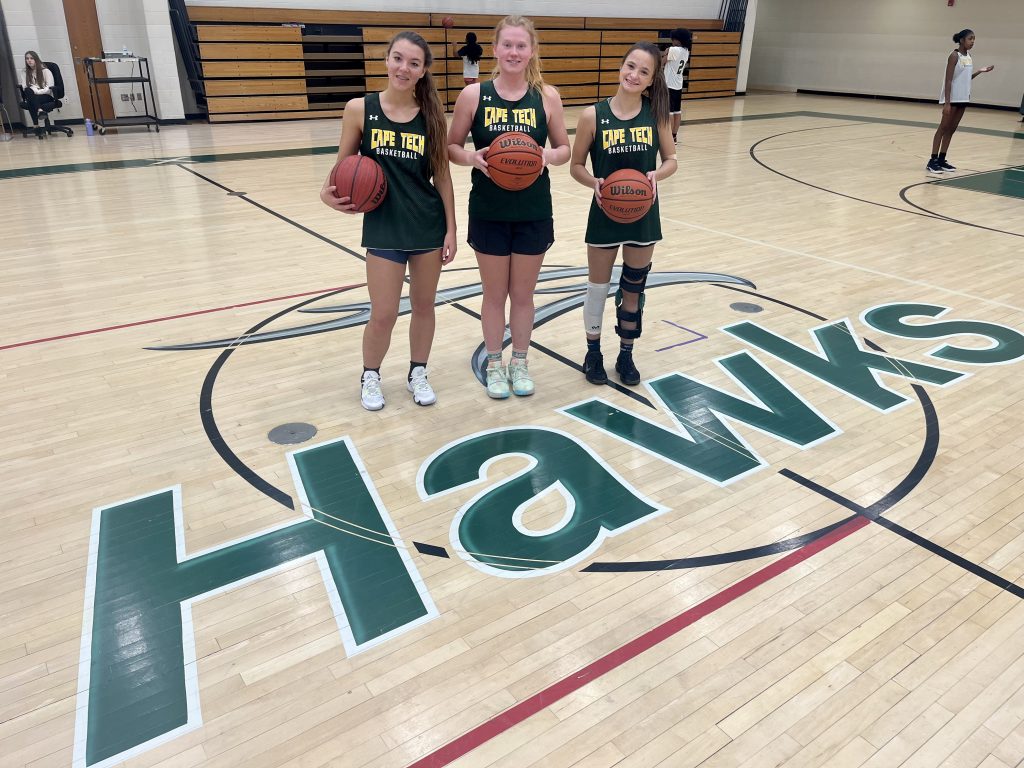 Four of the five teams from the area are set to open their seasons on Thursday, while the other will get started Friday.

As always, there are changes.

For starters, two of the five area teams feature new head coaches as Dan Loesch takes over for Amber Waddington at Cape May Tech and Scott Douglass returns for his second stint at Lower Cape May to replace Pat Holden.

Second, there are transfers who are expected to make major impacts.

Third, Cape-Atlantic League realignment has created a monster of a division in the Cape-Atlantic National Conference, in which local teams Middle Township and Wildwood Catholic will be competing against the likes of defending CAL and South Jersey champion Mainland, 18-win Ocean City, CAL playoff semifinalist Absegami and others.

Fourth, the Cape-Atlantic League has expanded its tournament. Instead of eight qualifiers, all teams are invited to participate, creating what could be a super tournament as large as 21 teams if all schools opt into the event.

And then another issue to follow is the shortening of the season, a move that’s been met with skepticism by many engaged with the sport. With the regular season complete before the first full week of February, off days will be few and far between for many programs. Depth will be tested, and it will be interesting to see if the new setup leads to increased injuries. It would be a surprise if it doesn’t.

Let the games begin, and let’s hope the area players, coaches and fans enjoy the experience as much as possible.

The following is a look at each of the area’s high school girls basketball teams:

Outlook: Cape May Tech lost four starters to graduation and head coach Amber Waddington stepped down after last season, so this sets up as a classic rebuilding season for the Lady Hawks. Cape Tech lost about 80 percent of its scoring from last season through graduation. Team captain Alyssa Gery will lead the way, along with fellow seniors McKenna Anderson and Gianna Gallo. Several younger players are expected to receive significant playing time, including sophomores Amanda Daino, Emma Drumm, Marley Wetzel and Mylee Moore and freshmen Samantha Kretschmer and Hayli Estes. New head coach Dan Loesch is high on the potential of Kretschmer, who is expected to start at point guard. As a member of the CAL United Conference, Tech will benefit from playing a league schedule featuring at least a few teams that are similarly rebuilding.

Sara Donahue (left) and Janaya Elam are the seniors on a Lower Cape May girls basketball team hoping to improve from last season.

Outlook: Lower Cape May endured a difficult season last winter after senior leading scorer Lindsay Holden went down with a knee injury in the second week of the season and missed about seven weeks. That injury, however, allowed Kaitlyn McGuigan to become more of a scorer. She averaged about 10 points per game last season and will be counted on to produce at least that much this season. Brianna Loper, the team’s leading outside shooter, is expected to miss the first few weeks due to injury. Other returnees with some varsity experience include Janaya Elam, Sara Donahue, Hailey Elwell, Kyra Ridgway and Alex Vogt. Oliva Lewis and Ainsley Reed are expected to contribute as varsity debutants. With a bit more experience and a more manageable schedule as members of the CAL United Conference, Lower Cape May will be looking for improvement on last season’s six-win campaign.

This season’s deep and talented Middle Township High School girls basketball team could be among the best in South Jersey. The Lady Panthers are led by seniors (from left) Breonna Buck, Ciara DiMauro, Jada Elston and Mia Elisano.

Varsity newcomers: Juniors – Madison Palek (6-2 F), Hannah Cappelletti (5-5 G), Gabby Cruz (5-7 F); Sophomores – McKenzie Palek (5-8 G), Anna Delaney (5-3 G); Freshmen – Abbey Cappelletti (5-3 G), Riley Odom (5-3 G), Reagan Powell (5-7 F).
Outlook: Middle Township has a chance to be among the very best teams in South Jersey. The team features a terrific three-year starter and four-year varsity player in Jada Elston (16.3 ppg last season), another returning starter in Mia Elisano and the addition of four transfers who significantly bolster the team’s talent level and depth. Sisters Madison and McKenzie Palek transferred in midseason last year from Our Lady Of Mercy Academy and are set to perform in a regular-season game in a Middle uniform for the first time this week. Madison is a versatile, dynamic player who can score and defend, while McKenzie is a good ball handler and outside shooter. Hannah Cappelletti, who made 60 three-pointers and averaged 8.9 points per game last season at Ocean City, is another key player. Other returnees with experience include Rylee Morrow, who started many games last season as a freshman, along with CC DiMauro, Isabelle Toland and Iyanna Bennett. Freshman Abbey Cappelletti could also be in line for significant varsity time. This is a deep, athletic, tall and experienced team that will play at a much faster pace than many Middle teams of the past. There are as many as four players who could average in double figures in scoring. If all goes well, Middle will compete for Cape-Atlantic League regular-season and playoff tournament titles, as well as a South Jersey Group II championship.

Outlook: Wildwood lost three key seniors to graduation, including career 1,000-point scorer Imene Fathi, from last season’s South Jersey title team. It wouldn’t be fair or accurate to call this a rebuilding season, though, as the Lady Warriors feature a proven scorer in Macie McCracken (15.4 ppg), a four-year varsity player in Maya Benichou and others with some experience in Sophia Wilber, Sinaia Hills, Kaliah Sumlin and Kaydence Oakley ready to take on increased roles. Angela Wilber is also expected to make an immediate impact as a freshman and Abbey Pruszinski is expected to play a role as a backup post player. Wildwood’s biggest challenge at the season’s outset is finding another consistent scorer or two to complement McCracken, who certainly will be seeing her share of junk defenses. Rebounding will also be critical for a team that does not feature much size. The Lady Warriors are athletic and quick, however, and will look to use their defensive pressure to create turnovers that lead to easy baskets. While not a favorite like last season, Wildwood still expects to be among the top teams in its division and could make another deep run in the state playoffs.

Outlook: Wildwood Catholic arrived as a South Jersey powerhouse perhaps a season early last winter with a young team that featured just one senior. With four starters returning, the addition of a talented transfer and better depth, the Crusaders project to continue on that path, which last season included deep runs in both the CAL and state tournaments. Kaci Mikulski (team-best 13.6 ppg) emerged as one of the top underclassmen in the CAL last season, while Carly Murphy (8.7 ppg), Ella McCabe (7.7 ppg) and Ava Vogdes (team-best 6.5 rpg) were all major contributors. All are poised to be even better this winter. Destiny Wallace, a starter at Vineland last season, should make a solid impact. Anastasia Bowman and Reagan Flickinger got some valuable varsity experience as freshmen and are expected to take on larger roles, while varsity newcomers Adriana Bristow and Lily King help add increased depth.  Its talent, experience, overall team size and improved depth should allow Wildwood Catholic to become one of the best teams in South Jersey, especially if the team takes care of the basketball in the wake of graduated point guard Kimmy Casiello (now at Widener). Wildwood Catholic is one of the major challengers for the regular-season title in the loaded CAL National Conference. There’s also no reason to believe this team can’t contend for CAL playoff tournament and South Jersey Non-Public B titles as well.