Another Arrest Made in Connection With Wildwood Car Show 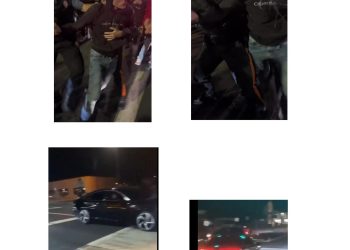 The Cape May County Prosecutor’s Office has announced the arrest of 18 year old Zion Diaz of Hammonton who was involved in the unsanctioned car rally last month in Wildwood.  Authorities say Dias was charged with Riot, a fourth degree crime.  He instructed others to block intersections and do burnouts in their cars.  Authorities are also searching for another individual who has been shown in photographs who was involved in an aggravated assault on a police officer.

The post Another Arrest Made in Connection With Wildwood Car Show appeared first on Regional Media News.